Caesars Entertainment Agrees to Buy Out William Hill US Business 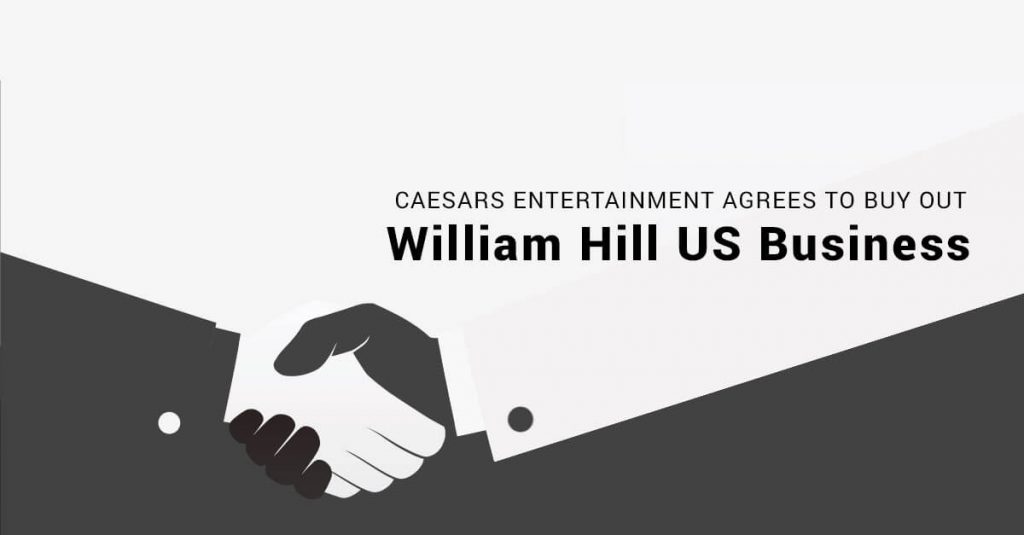 Caesars has vowed to integrate William Hill U.S. into the existing portfolio of Caesars operations with a few or no job losses. “It’s the best option,” William Hill Chairman Roger Devlin said, commenting on events.

Caesars will also sell the casino’s non-U.S. operations, featuring some 1,400 UK betting shops, with the most likely buyer Apollo, a private-equity group. Should the move fails, Caesars will most likely announce an auction for the remainder of the assets.

The Comanche Nation and Otoe-Missouria Tribe in Oklahoma will continue to operate as per previously negotiated state compacts with Gov. Kevin Stitt. The tribes have argued that the compacts are valid and that it was their legal position.

The news is surprising given the fact that the Oklahoma Supreme Court has already ruled against the compacts, deeming them invalid. Tribal attorney Rob Rosette simple said that the Supreme Court didn’t have jurisdiction over any of the two tribes.

Because of that, tribes will continue offering Las Vegas Class III games as they have done in the past. However, the tribes won’t expand their offer to house banked card or table games or sports, Rosette said in an official statement.

The contentious compacts were granted to the tribes by Gov. Stitt, incurring the anger of other tribes who excluded the breakaway factions from their collective bargaining rights. The governor has not commented on the Supreme Court’s ruling.

Meanwhile, four tribes have filed a lawsuit against the two breakaway tribes who may get away with paying a lower rate should the Supreme Court ruling not be enforced.

A top casino executive is involved in illegally funneling corporate money to endorse what is now an unsuccessful congressional campaign. Spectacle Entertainment VP John Keeler was indicted along with former Republican Sen. Brent Waltz of Greenwood on Tuesday.

The pair worked together to allegedly add $25,000 in illegal corporate contributions to the senator’s campaign using straw donors. The case first surfaced in January when it became clear that Keeler had hired a company to participate in a fictitious contract for political work.

Following the first mention of their involvement, Keeler and fellow Spectacle exec Rod Ratcliff were forced out of their ownership stake in the upcoming $125 million Terre Haute casino. The Indiana Gaming Commission has also suspended Keeler’s casino license in the state shortly after the Tuesday’s indictment was announced.

Unlike Keeler, though, Ratcliff is not facing any criminal charges and he has not been named in the indictment. He however chose to resign as Spectacle’s chairman and CEO. Based on the indictment, 15 people were recruited in total to participate in the scheme.

Each individual contributed a maximum of $2,700 to Waltz’s campaign. The individuals were then repaid a total of $80,000 from the casino company through Strategic Campaign Group, which was hired for the fictitious contract.

Sports betting giant 5Dimes has settled a $46.8 million money laundering case with the U.S. Attorney’s Office for the Easten District of Pennsylvania, ESPN reported on Wednesday. The case was settled with the assistance of Laura Varela, the widow of the late William Sean Creighton, founder and owner of 5Dimes.

Creighton was kidnapped in September 2018 in Costa Rica and his remains were found a year later, even though the family met ransom demands and paid $1 million for his release. Following the passing of her husband, Varela reached out to U.S. authorities to seek the conclusion of a criminal investigation opened against 5Dimes for money laundering.

The case began in 2016 when federal authorities, together with the Department of Homeland Security, indicted Creighton and 5Dimes for running a comprehensive scheme involving Amazon gift cards to facilitate payments to and from the Costa Rica based website.

Since the passing of her husband, Varela actively reached out to the Attorney’s Office for the Eastern District in Pennsylvania and has been able to negotiate a favorable settlement. Early in September, 5Dimes announced that it is withdrawing from the US market out of a Sudden, but this decision finally has some context.

It is a part of the settlement which 5Dimes to pay $15 million in cash and liquidate assets worth $30 million, as well as suspend services to U.S. customers. Varela and 5Dimes are exempt of criminal charges, allowing the operator to join the legal U.S. sports betting market if it wishes to.

Park MGM, which shuttered operations in March, has reopened branding itself as the first smoke-free property in Las Vegas. The property will attempt to derive maximum benefits from the novel coronavirus pandemic, which stipulated that smoke may be a contributing factor in spreading COVID-19.

MGM Park CEO Bill Hornbuckle argued that the change was an exercise in following consumer trends. According to the executive that was precisely what customers at the casino expected from the casino, with the majority of consumers opting for smoke-free solutions.

The only previous property to commit to a smoke-free policy was Silver City in 1991, but the company had to quickly reintroduce the policy as it proved unpopular with visitors.

The suspect had booked a room at Mandalay Bay when he opened fire on 22,000 people who were attending an outdoor music festival, killing 58 and injuring over 850 people.