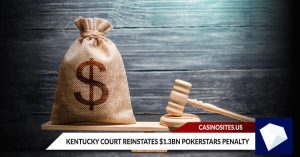 Settled in 2018 by the Kentucky Court of Appeals, the state’s Supreme Court has reinstated a ruling against PokerStars and its parent company, Flutter Entertainment, to the tune of $1.3 billion. The company will have to pay $870 million fine and a 12% compound annual interest based on the decision of Justice Samuel Wright who […] 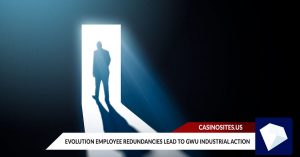 Evolution’s abrupt decision to make redundant over NetEnt 300 employees has prompted criticism, dismay and support from the industry, including an industrial action from the General Workers’ Union. 300 NetEnt Employees Lose Jobs to Redundancies in Post Evo-Merger Two of the most prominent names in the iGaming world, to wit NetEnt and Evolution Gaming Group, […] 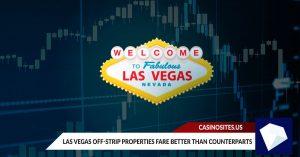 The Las Vegas Strip has seen a steep decline in revenue in October year-over-year whereas local casinos continue to weather the pandemic much better. Southern Nevada Casinos Stay Strong Despite Pandemic Las Vegas casinos seem to be recovering at a different pace as the pandemic drags on and drains businesses’ purses. Yet, for casino companies […] 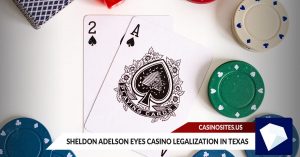 Texas has been one of the states to resist the legalization of casino gambling for quite some time. Now, this may be changing as Las Vegas Sands Corporation founder and CEO Sheldon Adelson has taken interest in the state politics and expressed support for a potential expansion of gaming. Adelson is known as a benevolent […] 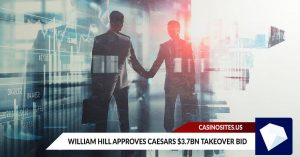 During an extraordinary shareholder meeting on Thursday, November 19, William Hill shareholders voted with an overwhelming majority in support of Caesars Entertainment’s $3.7 billion bid to take over the company’s U.S. assets. The meeting was the final hurdle within the company necessary for the deal to move forward notwithstanding regulatory approval from the Competitions and […] 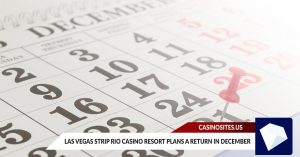 Caesars is preparing to restart the off-Las Vegas Strip Rio Casino Resort, said chief executive Tom Reeg on Thursday. With 2020 proving difficult, Caesars managed to keep most of its 56 gaming properties open, with just the Rio having to suspend operations. Now, Reeg believes that the resort can restart operations as early as next […] 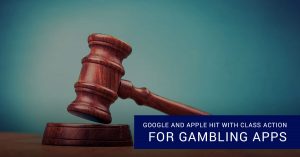 Google and Apple Hit with Class Action for Gambling Apps 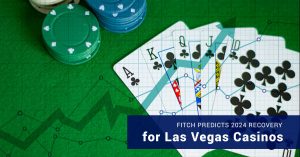 Fitch Ratings Service has predicted a lengthy road to recovery for Las Vegas casinos. While many jurisdictions have been recovering fairly quickly, Las Vegas seems to be struggling to fill up its 150,000 hotel rooms and bring back faithful casino players and business travelers who are not too reluctant to return, but local regulations may […] 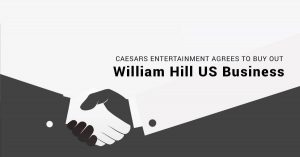 Caesars Entertainment Agrees to Buy Out William Hill US Business

Caesars Entertainment, the newly merged giant between Caesars and Eldorado Resorts, has agreed to purchase William Hill’s U.S. sports betting business for the sum total of $3.7 billion. Caesars has vowed to integrate William Hill U.S. into the existing portfolio of Caesars operations with a few or no job losses. “It’s the best option,” William […] 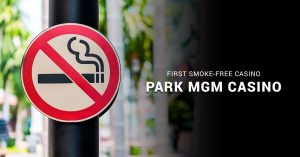 The COVID-19 lockdown has sent the casino industry into action and looking for ways to enhance health and safety measures on the casino floor. Smoking has been cited as one of the risk factors that helps spread the novel coronavirus. While casinos have had a hard time whether to suspend smoking on the casino floor, […]