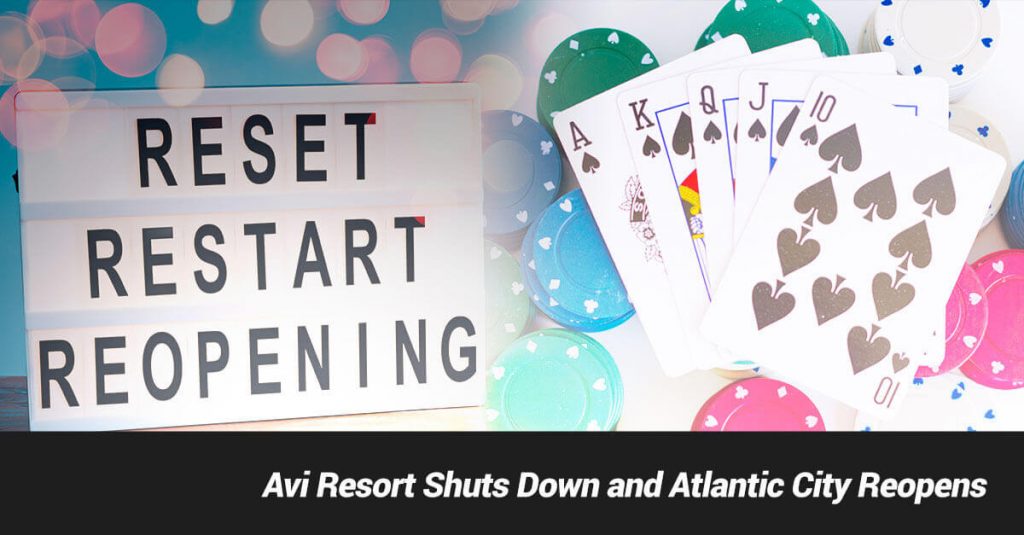 A Laughlin casino had to shut down earlier this week after a number of workers tested positive for the novel coronavirus. The Avi Resort & Casino, operated by Fort Mojave Indian Tribe, suspended all operations on Monday, with celebrations later into the week cancelled while sanitization and quarantine measures now in force.

Avi Resort has also cancelled the July 4 firework shows and is in the process of testing and awaiting results from 400 employees who may have contracted the virus as a result of coming into contact with the infected workers.

The casino commented that “a few cases” was already “too many” and that the health of guests and members of the staff was the main priority. Avi had to shut down less than two weeks after it had reopened amid a spike in coronavirus infections in Arizona.

The property is also cancelling all hotel reservations through July 10 and refunding all guests who were expected to arrive in the period, the company confirmed.

The casino industry in the United States is restarting in a patchwork of fits and starts with the latest entrant, Encore Boston Harbor, expected to open doors in Massachusetts no sooner than July 6.

With 10% of the full-time employees already furloughed, Encore Boston Harbor will have to suspend another 3,000 workers temporarily when it reopens. The measure is necessitated by the lack of demand at present time and is part of the venue’s road to recovery.

Furloughed workers are still considered employees of the company. However, they will be put on an indefinite leave until demand picks up again, the company has specified.

Meanwhile, the Massachusetts Gaming Commission (MGC) has said on several occasions that its planed reopening of gaming venues would be one of the strictest, if not the strictest, in the entire country.

As Atlantic City casinos prepare to reopen, with the first casinos restarting operations on Thursday, July 2, but New Jersey Governor Phil Murphy has made a surprise announcement on Monday that indoor dining will be banned on the premises of casino venues.

This adds to the set of restrictive measures which already include no smoking and no drinking within the casinos, something that may create an additional financial difficulty for casinos in Atlantic City.

The governor cited the health and safety of patrons, staff members and citizens as the main priority for the government, and added that the Garden State should continue to fight the COVID-19 infection which has been growing in intensity and spreading further.

Casino bosses have been reluctant to argue against the measures. If necessary, they should be applied, casino managers said, confirming that they would comply with any safety and health protocol that local and state authorities may deem necessary to enact.

MGM Resorts’ the Borgata, however, Atlantic City’s premier casino venue, argued that the indoor dining and smoking ban would most likely impact the financial operations to the point where restarting this week will not be feasible. The Borgata is the only one of the nine Atlantic City casinos not to reopen this week.

The Culinary Workers Union Local 226 has began a court battle against three separate Las Vegas Strip properties for allegedly failing to provide employees with protective equipment and enforce safety measures at the work place, leading to higher rates of infection.

In the lawsuit, the union names three established Las Vegas properties, and specifically The Signature at the MGM Grand, Sadelle’s Cafe at Bellagio and Guy Fieri Las Vegas Kitchen and Bar at Harrah’s as having enacted inadequate measures to respond to the danger of COVID-19.

The lawsuit also alleges that 19 Culinary Union workers have had family members die due to complications related to the novel coronavirus, allegedly contracted on the job. One of the most cited cases was that of Adolfo Fernandez, a utility porter at Caesars Palace, who passed away after contracting the infection.

His daughter, Irma Fernandez, said at a union meeting that her dad was terrified by the way patrons were flaunting the safety measures and not taking the threat seriously. He needed the job, Irma said, but he was scared to go back to work everyday she concluded.

Nevada’s Gambling Revenue Crumbles in May

Nevada’s gambling revenue hit a record low in May, losing a total of 99.4% of its value and registering mere $5.8 million in the period. The Gaming Control Board published the results on Tuesday, showing a gloom outlook for the state.

However, with the June 4 reopening, results for the month should be much better. Comparing the numbers with May, 2019, the state is missing some $975 million in revenue in May year-over-year. So far, fewer than half of the Las Vegas Strip resorts have restarted operations, leaving more to be desired.

Yet, the equality protests and the spread of COVID-19 in the states have not been entirely helpful.

With the pandemic suspending most of the sports world, Massachusetts has used this as a window of opportunity to debate the viability of legal wagering on simulcast and horse racing and continue the existing legal framework that regulates it. Following a discussion on Monday, a new bill has been proposed, endorsed and sent to the governor’s office all within five hours.

The governor has reportedly signed the bill upholding the legal status of these types of bets allowing wagering to continue. Thanks to the governor’s signature, simulcast and horse racing wagering will have another stint through July 31, 2021.

Scientific Games Corporation and Caesars Entertainment have extended their existing partnership to run through 2020-2021 and cover major league sports seasons. Speaking on the occasion of the partnership, Group CEO Scientific Games, Jordan Levin, said that the company was working closely with Caesars Entertainment to deliver the necessary quality digital-casino and sports-betting products.

Meanwhile, Caesars Entertainment Executive Vice President of Gaming and Interactive Entertainment Christian Stuart had this to add about the deal:

“Scientific Games’ technology is not only highly scalable, but most importantly, it provides our players with feature rich content fully integrated with Caesars Rewards.”