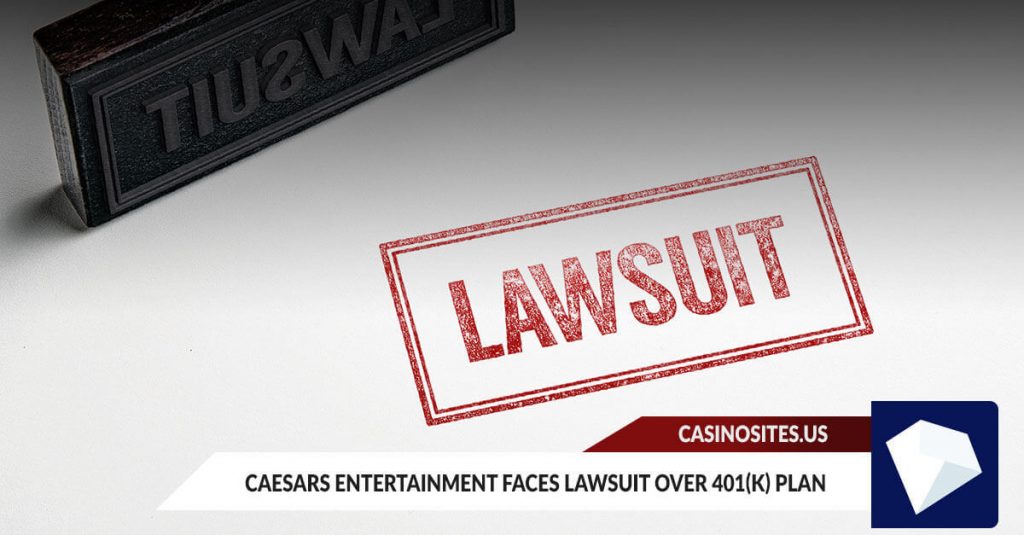 Caesars Entertainment will have to justify how it manages its $1.6 billion Corporation Savings & Retirement Plan after participants have lodged legal action against the entertainment giant for allegedly breaching fiduciary responsibilities and costing the plan over $100 million.

The plaintiffs have named Russel Investment Management, Caesars’ investment consultant in the case, and will seek damages in court. The main plaintiff in the case has been part of the 401(K) plan since 2014, when she invested in the State Street age fund for her age group.

However, in 2017 the option was removed, and the investment was transferred to Russell to manage. The lawsuit explained that the event coincided with the wake of Caesars’ bankruptcy and that the casino operator chose to populate the plan with a host of poorly-performing proprietary funds it owned.

The lawsuit further stipulated that had it not been for the transfer of State Street funds, Russell would have faced financial difficulties as many of the other plan sponsors were already walking away from the company’s funds, the lawsuit explained.

The plaintiffs elaborated on other issues they have had with managing their retirements under the Caesars banner, precisely because there was a leveraged buyout in 2008 by private equity firms, and 2015 did not help the situation.

Furthermore, the plaintiffs believed that the proposed overhaul was unnecessary, effectively replacing the effective and provenly successful State Street option with something that ended up costing Caesars’ plan participants when it shouldn’t have. The lawsuit further explained:

“As Caesars’ owners and executives scrambled to solve the company’s unsustainable LBO debt, unloading plan responsibilities to a ‘fiduciary outsourcing’ provider like Russell was an attractive option.”

Russel Investment has responded, arguing that the lawsuit is without merit and that the firm would do everything in its power to defend itself from what is considered unjustified allegations. Caesars said that it would not comment on any pending litigation.

The Pennsylvania Lottery has successfully defended online licenses in the Keystone State after the organization won a court case over commercial businesses and their own online casinos. Commercial properties that paid $10 million to enter Pennsylvania’s highly competitive iGaming landscape tried to challenge the Lottery’s decision to release its own online games, arguing that they infringed on their own options.

Commercial properties sounded an alarm that the Pennsylvania Lottery products were “seriously cannibalizing the market,” referring to the practice of releasing content that simply overlaps with what is already out there and thus damages competitiveness and profitability for certain businesses. Prompted by this event, seven casinos decided to bring a legal case against the State Lottery, arguing that its offers should be restricted and specific limitations on the available products must come into play.

The lawsuit stipulated that the Lottery games were indeed casino games and thus infringed on what casinos have paid a hefty buck to access themselves. However, Judge Renee Cohn Jubelirer disagreed, delivering the following argument in siding with the State Lottery:

“The features of iLottery games challenged by petitioners are not signature, iconic, or key features particular to casino slot machines.”

The judge also reminded that when original rules for the lottery and online casinos were set up, it was never the legislature’s intent to limit the lottery’s own ability to provide gaming products and various authorized online games.

Just the opposite. The original iLottery provision, argued the judge, introduced in 2017 was there to make sure that the Pennsylvania Lottery can stay competitive regardless of how many online casinos chose to join the state’s iGaming landscape.

Even though online casinos allege that the Pennsylvania Lottery is trespassing on their revenue, this has not stopped the ten casinos that own an iGaming license from turning a steady profit. In fact, the first ten months of fiscal 2020/21 saw $707.1 million in online gaming revenue.

Meanwhile, the iLottery posted $433.7 million in the first six months of the fiscal year, showing a strong level of competitiveness which was the original plan.

The Department of Justice Reportedly Going after Steve Wynn

Steve Wynn has fought tooth and nail to preserve his reputation, a task that often proved difficult, to begin with. Following the string of sexual allegations against him, Wynn was ousted from the company he helped build with his own hands, his wife filed for divorce, but the casino billionaire decided not to give up, going after detractors and proving his innocence, at least so far as he was never convicted of any of the things that were brought against him.

Now, though, the Department of Justice is reportedly looking into Wynn once again and wants to make him registers as a “foreign lobbyist” because he might have been trying to obtain a diplomatic favor for China, the Wall Street Journal reported. Wynn served as an informal advisor to the previous administration and former US President Donald Trump.

Wynn allegedly tried to press the administration to deport a Chinese businessman, Guo Wengui, back to China. Guo fled China in 2014 and sought asylum in the United States, which he was granted. Based on the Wall Street Journal reporting, Wynn personally delivered a letter to President Trump by the Chinese government in which it insisted that the businessman is brought back to China.

As his Wynn’s wont in such matters, he vehemently sought to defend his reputation and issued a statement through Reid Weingarten, his attorney. “Steve Wynn never served as an agent or lobbyist for China or anyone else,” Weingarten explained. However, he didn’t deny Wynn communicating information to President Trump in the matter.

“He was merely a loyal messenger of information he received to our government,” the statement continued. Wynn remains one of the most significant casino figures of our time as he played a key role in expanding the Las Vegas Strip and bringing it to its present-day fame and reputation.

While the sexual allegations against him tarnished his reputation, Wynn has not opted out of a fight to protect his name.