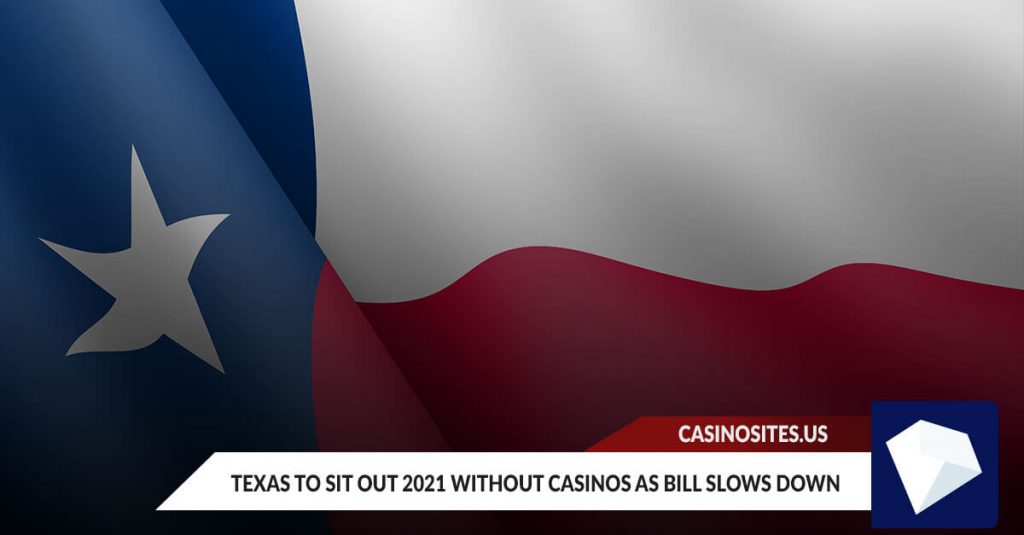 Many Texans have been hoping to welcome regulated gambling in their state before the year is out, but as things stand, the bills that could make this happen have been stalled in last-minute discrepancies and the sheer lack of technical time to carry out the monumental legal changes that would be necessary to go forward with an expedited schedule.

Commenting for The Dallas Morning News, Republican Representative John Kuempel simply said that there was not enough time to carry out any of the proposed bills. None of the proposals have yet overcome even their first respective hurdles.

Kuempel reckons “there is no political appetite” to make the change happen during the next month which is when the legislative session comes to a halt in Texas. Yet, other supporters of the bills, including Sen. Carol Alvarado, seems buoyant and optimistic about the future.

Commenting for the newspaper, he said that he has never been more optimistic and he was not dispirited by the temporary snag they have hit, as the supporters of a legalized gambling industry in Texas always knew that it would be a long-term undertaking.

The bills are most likely going to flounder, but their texts will be brought back to life once again during the next legislative session in 2022, with momentum for the legalization gathering, and not least because Las Vegas Sands Corp. has been actively lobbying in the state, hoping to gather even more political capital for the successful and smooth passage of gambling bills.

Based on those texts, Alvarado and Kuempel want to seek voters’ approval for the legalization of various gambling. To do so they would need to change the constitution which could be done through a referendum passed on a ballot and then enacted.

The bill though anticipates potential pushback from tribes and essentially allows them to expand their operations to full-scale gambling products, including slot machines, something that the state has denied them so far.

While Texas’ gambling bills may have to take a rain check this legislative session, gambling is coming to the Lone Star State.

Resorts World Las Vegas, owned and developed by Genting, and crypto exchange Gemini have announced a new partnership that will focus exclusively on bringing cryptocurrencies and blockchain-solutions to gaming properties on the Las Vegas Strip.

The partnership will aim to transform Resorts World Las Vegas into a leading retail gaming venue where crypto is endorsed and encouraged, building a crypto-friendly environment where younger visitors can come and use their digital assets on various entertainment options.

All transactions could be facilitated by Gemini once there is a regulatory approval to proceed with this arrangement. Presently, Nevadan regulators do not allow Bitcoin, Ethereum or any altcoins to be used for the purposes of gambling in the state, although International Gaming Technology (IGT) created a technology that allows consumers to use their crypto wallets to deposit directly into their accounts at casinos.

Gemini CEO Tyler Winklevoss shared Sibella’s enthusiasm and argued that Gemini was thrilled to be collaborating with the casino property on this project. Resorts World is expected to open on June 24, 2021.

Borgata and Ocean Casino Resort Put the Past Behind Them

MGM Resorts International, owner of Borgata, released a statement on Friday, confirming that it had dropped an ongoing litigation against Atlantic City’s Ocean Casino Resort which it had accused of attempting to steal intellectual property and key assets.

In the original lawsuit, Borgata stipulated that Ocean Casino Resort targeted executives from the casino knowingly and purposefully attempting to uncover trade secrets. Ocean Casino Resort has “denied all wrongdoing, but it has agreed to honor all of Borgata’s restrictive covenants, including its non-compete, non-solicitation and confidentiality provisions.”

The lawsuit was sparked after one executive left Borgata to join Ocean Casino Resort, carrying with him a cell phone containing information on many of the casino’s top customers, potentially constituting a conflict of interests.

The information contained gambling preferences, likes and dislikes, foods and beverages, and more. The litigation revealed some interesting practices within the casino industry and how high-rolling customers are profiled so that casinos may keep them engage for longer.

Eventually, the phone was returned to Borgata, but the litigation demonstrated Ocean Casino Resort as the company’s most notable competitor in the Atlantic City casino market.

Caesars Entertainment delivered preliminary results for April, with the operator’s financial prospects looking up in the words of company CEO Tom Reeg. The company has seldom jumped the gun on posting financial results, but there was enough to go on, it seemed, last week, with Reeg buoyant on the latest results, despite the company posting $423 million in losses in Q1 2021.

According to Reeg, the “numbers didn’t tell the story this quarter,” and he hinted to much bigger developments in the company’s operations and a lot of metrics that would give people a better picture of what to expect.

Revenue during Q1 2021 fell by 26.2% compared to Q1 2020, granted, but Caesars’ properties in Illinois and Pennsylvania had to remain close at the beginning of this year because of ongoing COVID-19-related shutdowns.

In comparison, April’s numbers reached $300 million in gross revenue or 25% more than the numbers in 2019, an encouraging trend. Despite the Easter holiday, April’s numbers were impressive, Reeg explained and said it’s another reason to be optimistic about the company’s future.

Occupancy has reached 63% and weekend occupancy skyrocketed to 85%. Reeg argued that Caesars is planning every step of the way and if the company has been lagging behind in terms of market share in certain segment that was a reflection of a deeper strategy to think through every investment it makes so it stays ahead of competitors.