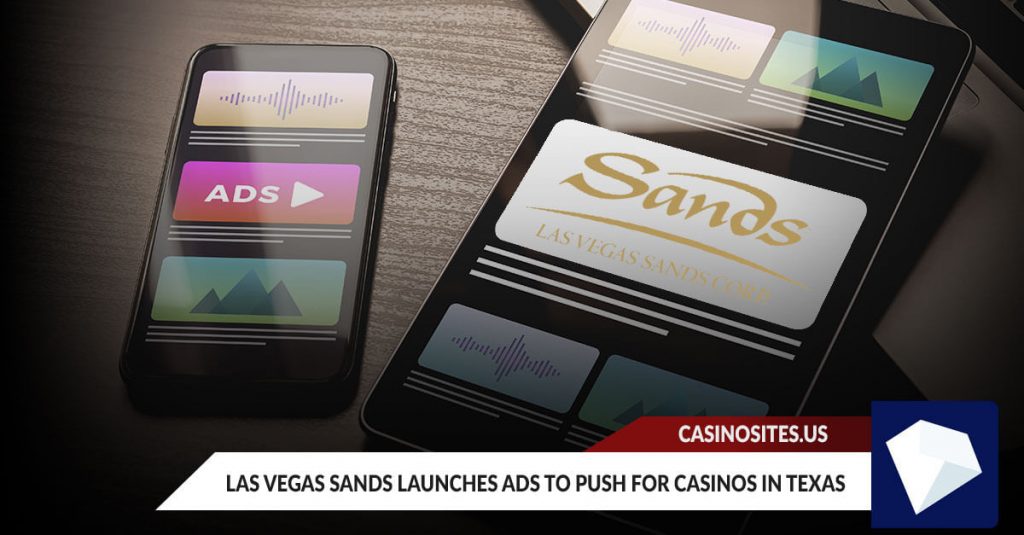 Texas is one of the last hold-out states in the United States where gambling gets the cold shoulder. Las Vegas Sands, though, is planning to change that by launching a multi-million dollar marketing campaign that will hit radio stations and TV networks in the hopes of garnering legislative and community approval for the introduction of casino gaming that has long been eluding the state.

From here on in, Las Vegas Sands is hoping to see the gambling industry gather momentum in Texas, with the gambling group arguing that Texans stand to benefit from “billions of tourism and gambling dollars.” LVS added that this money is currently leaving the state when it should have been going to support local governments instead.

Speaking to the Texas Tribune, the company argued that this November would provide Texans with the opportunity to vote in on world-class destination resorts and casinos in the state, boosting tourism and helping the state retain its tax dollars rather than passively look it seep through a porous border with neighboring gambling states.

“Let’s boost our economy, create tens of thousands of jobs and help fund vital services like schools and public safety,” argued Las Vegas Sands in one of its half-minute TV spots. Las Vegas Sands is similarly looking to get into online gambling, but not in Texas.

The company continues to act on its late founder Sheldon Adelson’s legacy by expanding its retail footprint, notwithstanding its recent sale of Las Vegas properties. The business model seems to be shifting towards a more localized approach that allows the firm to use the $6.25 billion it generated through the sale of marquee properties and reinvest them in key markets.

In the ads, Las Vegas Sands is effectively advocating for the creation of four such destination resorts, covering Dallas-Fort Worth, Houston, San Antonio and Austin. LVS’s marketing campaign coincides with a renewed legislative push to introduce a gambling expansion bill in the state and launch casinos.

Nevada’s Counties Coming Back to Life on July 1

After over a year of forcible shut-downs and severely reduced capacity, Nevada Governor Steve Sisolak feels that the Silver State is finally ready to try and reopen in earnest. Speaking on Monday, the governor argued that the state’s 17 counties will be allowed to reopen on 100% on June 1.

That is one of the most ambitious plans anywhere in the United States with most other states taking a very cautious approach towards reopening for fears of reigniting the pandemic once again. Nevada, however, is going gung-ho on what could put its economy right back on track.

The only case that the restrictions may be reverted is if new strains of COVID-19 hit or if vaccination rates remain low. MGM Resorts International has already issued a memo to its employees to either vaccinate or submit to weekly testing, which they will have to pay for themselves.

Social distancing rules should be lifted once at least 50% of the population has been vaccinated, but individual counties are going ahead with lifting restrictions at their own pace.

“Some counties may make the decision to move to 100% capacity as early as May 1 when they gain the authority and others may not. Each county in Nevada is unique and has different factors to consider,”

Nevada has see-sawed between reopenings and introducing stricter measures for a few months now. Now that vaccination is readily available, though, officials hope to see the virus sent on its way packing and the economy sparking back to life.

When the COVID-19 pandemic struck, casinos knew they would have to change. What they didn’t know was that those changes would have lasting consequences for the industry and adaptability would be essential. One of the most significant changes that transpired during the pandemic so far has been the introduction of no-smoke policies.

Research linking smoke as a carrier of virus has quickly prompted casinos to take the side of health authorities and suspend any and all smoking on their premises in a bid to limit any negative impact on the health of members of the staff and guests.

Casinos have received mixed reception on their decision to go smoke-free, and not all have done it, but their numbers are growing. Some gamblers have been very outspoken about the restriction, protesting against it, but the number of letters of gratitude has shown the properties that they are on the right point.

From a health standpoint, banning smoking on casino promises will make them healthier, safer and generally allow business to return back to usual sooner rather than later. Besides, numbers of smokers are falling with only 8% of adults between 18 and 24 smoking these days. Casinos have been keen to adopt the policy and build for a sustainable future where their businesses set the important examples of the day.

One of the biggest developments this week comes from the Alabama Senate which voted on a bill that would legalize casinos and lottery in the state. With an overwhelming 23-9 vote in support of the matter, the bill is now headed to the Alabama House of Representative where it will take a final standing before being sent to the governor’s office for a final approval.

Should everything go according to plan, Alabama is looking to introduce six casino locations along with the three locations owned by the Poarch Band of Creek Indians. “What we are really okaying is the right for our constituents to come to the voting booth and decide if they like this or not,” said Republican Sen. Jim McClendon, who is sponsoring the bill and hopeful that it will clear the final legislative challenges.

Alabama can benefit from the additional gambling revenue after with the anticipated rate for sports betting and casino activities placed at good 20% of net revenue, making for a great boost for the state.