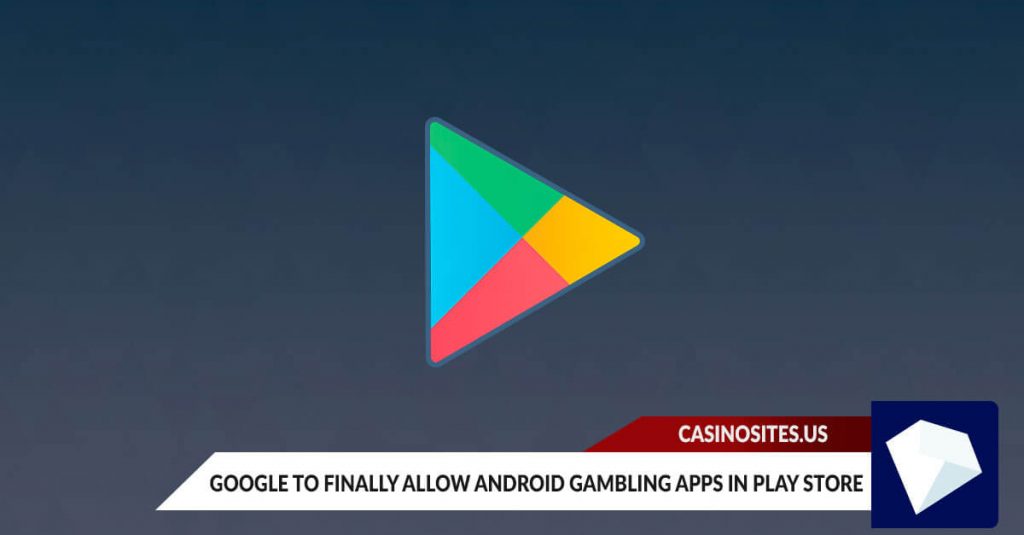 A long-debated topic, Google will finally allow gambling apps to return on the company’s Play Store, after the tech-giant decided to re-introduce Android apps used for real money gambling in 15 countries, and the United States.

The move comes in light of increasing regulatory measures that have allowed gambling in numerous jurisdictions, including in over 20 states across the U.S. insofar as sports betting is concerned. So far, many companies have been forced to offer their Android apps as a direct download from their own websites, but moving forward, Google will allow these apps to be listed directly on the shop.

Google will allow the addition of sports betting, lotteries, online casinos, and daily fantasy sports apps, and issue specific recommendations and restrictions depending on each jurisdiction. Speaking of restrictions, some countries may only be allowed to run lotteries, but in the United Kingdom for example, nearly all restrictions will not apply, as the country is one of the most liberal markets when it comes to gambling in the world.

In the United States, the tech giant will have to take a more tailored and personalized approach, allowing apps in different states where state law allows such solutions to be used. However, Google will not accept gambling apps from just anyone, and it will mostly stick with certified and licensed gambling firms that already hold a permit from a regulator.

Furthermore, Google will put developers through a rigorous application process, with each app undergoing a solid review before it’s introduced onto the gambling shop. There will be certain filters that will make sure that underage individuals do not stumble upon the apps by mistake.

Google’s decision comes at a time when its main tech rival, Apple, is facing a lawsuit over allegedly facilitating gambling via social casino apps in California.

Minnesota is considering rolling out a blanket legislation that would allow it to introduce both sports betting as well as online gambling, two verticals the state can benefit from in full.  Under Senate Bill 410, championed by Karla Bingham and Jeremy Miller, both online casinos and sportsbooks will be allowed to operate in the state.

Sportsbooks would be allowed to get in touch with brick-and-mortar casinos and racetracks in the state if the measure clears, allowing the state to establish a thriving ecosystem for various gambling verticals. However, the bill specifies that for all sports bets, consumers will only be able to place wagers in-person or as part of a tribal contact.

This means that online sport setting will have to wait. The bill, though, does foresee mobile betting that will arrive 12 months after the first licensed operator has begun operating. To place bets remotely, though, consumers will have to be physically present in the state, but no longer required to be on-site of the venue they are betting with.

While casinos are also part of the legislation, the main focus has remained with sports betting, which is the buzz word all over the United States right now.

Following the passing of the late Las Vegas Sands CEO and founder Sheldon Adelson, the company has confirmed that it will continue following in the footsteps of its founder under the new CEO, Rob Goldstein.

Yet, under Mr. Goldstein, LVS may take a new direction moving its crosshair on online gambling, an activity that it has long avoided and even fought against, specifically by sponsoring lobbyists, which reportedly led to a new interpretation of the Wire Act issued under the Trump Administration but was finally defeated in court earlier this month.

Nevertheless, Goldstein is planning to steer the company is one more vertical, with Las Vegas Sands unloading properties worth $6 billion in the Las Vegas Strip in Nevada. According to analysts, LVS is following a trend set by other major companies, to name Caesars Entertainment and MGM Resorts International both of which have been ramping up their presence in online gaming.

However, Mr. Bernstein did explain that his decision was not an attempt to go against the will of the late CEO, but rather a continuation of Mr. Adelson’s strategy which involved online gambling. Despite his efforts to slow down the progress of Internet gambling, Mr. Bernstein explained, Mr. Adelson was never truly against it, as he understood its potential and inevitability.

What matters the most to the company is to stay profitable and continue to support its communities and team members, something that the addition of online gambling may bring around.

Georgia Gets Serious About Casino Gambling

Georgia will soon have to decide whether it wants to allow sports betting and casino gaming in the state. Earlier this week, Sen. Brandon Beach filed Senate Bill 30 which would lead to the creation of the Georgia Horse Racing Commission if approved and establish up to three racetracks in the state.

The bill comes just a day after the Chairman of the House Tourism and Economic Development, Ron Stephens, filed House Resolution 30 in which he outlined plans to pitch to voters a proposal whether they want to allow casinos. Stephens has been a proponent of gambling for a while now.

According to people who support the move, the gambling industry could lead to thousands of jobs created in the state along with hundreds of millions of dollars poured into various state funds, including the HOPE scholarship fund, which has been depleted due to the pandemic.

While moral objections and concern about gambling addiction abound, there is a good chance for Georgia’s resident to see both bills through during a vote and put the state on a track to legalizing both sports betting and casinos.

To do so, they would need to take the measure on the state ballot and approve a constitutional amendment for casino gambling, but sports betting may proceed without a formal approval at the ballot, and only requires the backing of the legislature.

Nevada to Loosen Restrictions on Meetings and Casinos