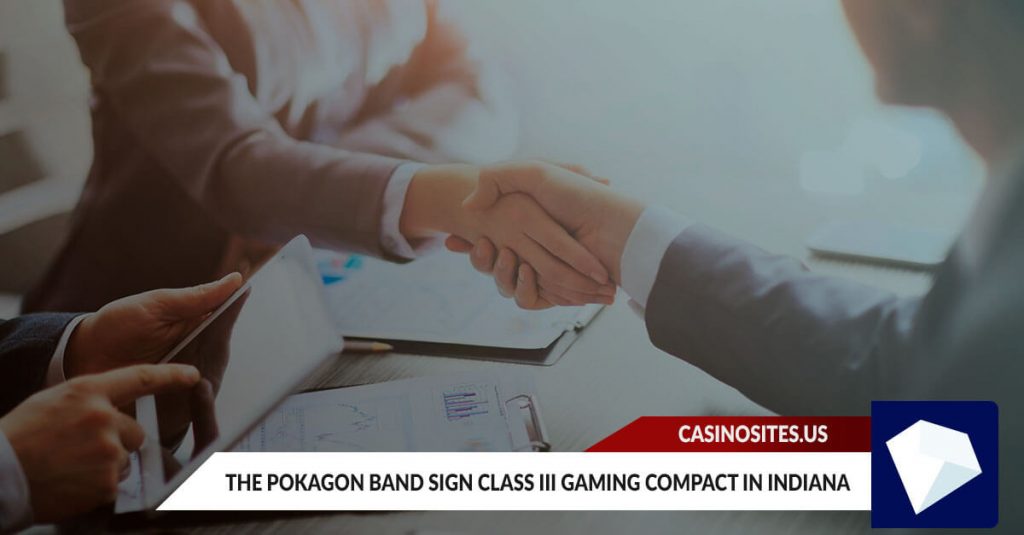 The Pokagon Band of Potawatomi Indians completed negotiations with the state of Indiana to introduce Class III gaming activities at the Four Winds Casino in South Bend.

Tribal Chairman Matthew Wesaw and Gov. Eric Holcomb signed the historical tribal-state compact, to allow the tribe based in southwestern Michigan and northeastern Indiana to commence casino-type gaming operations, including table games with dealers, slot machines and wagering on sports.

“A first in Indiana’s history, this compact was executed in accordance with state law and federal law and obligations and recognizes the sovereign rights of both the State of Indiana and the Pokagon Band.”

According to the tribe, the compact is an example of the excellent relationship which exists between the state and the tribal governments, as well as a display of the commitment from both sides related to their responsibilities towards respective citizens, working in collaboration within the legal framework of all applicable laws.

As per the compact signed by the tribe and Gov. Holcomb, the Pokagon Band would pay 10% on winnings from slot machine operations, with 8% of the tax going to the state and the remaining 2% allocated to the city of South Bend.

The state also committed to an agreement not to allow any other gambling establishment to set foot within 50 miles of the Four Winds Casino.

Four Winds Casino in South Bend, the newest of the set of casinos located in Indiana and Michigan and famous with the high-level of service and amenities, opened doors in January 2018. It features 175,000 square feet of gaming, besides the 4 restaurants, three bars, player lounge, coffee shop, retail outlet and a parking garage.

The casino began gaming operations with 1,400 electronic gaming machines and currently is allowed to offer only Class II gaming, such as slot machine-style bingo games and non-banked card games.

The effort to introduce Class III gaming activities at the casino began on August 13, 2019, when the Pokagon Band submitted an official request to the state to commence negotiations, to culminate in the execution of the compact the tribe and Gov. Holcomb announced.

Following the requirements of the state law, the state compact was submitted to the Pokagon Band President Pro Tem Rodric Bray as well as the Speaker of the House Todd Huston for ratification, before undergoing the public legislative process during which both teams will explain in details some of the specifics for the process.

The state compact would also need to be ratified by the US Department of the Interior (DOI) before going into force.