Evolution Gaming has just announced the debut of its new live casino studio in Connecticut. This will be the company’s fourth studio built to cater to the rapidly developing regulated online gaming market in the United States of America.

The new Connecticut studio, much like Evolution’s existing US studios, offers a cutting-edge B2B live casino solution for any operator in this jurisdiction that wants to give online players access to world-class live casino games. Since October 2021, Evolution has maintained a presence in the market with its selection of slot machines. The next stage of Evolution’s growth into the state of Connecticut will be the launch of the live casino.

Early last week, Evolution started putting its plans into action for the state by beginning an obligatory soft-launch phase for its new studio. That would serve as a stepping stone toward the accessibility of a great deal more options in the state of Connecticut, provided that all went according to plan. Only a limited number of blackjack and roulette games were accessible to a limited number of players during the soft-launch phase.

Now, it seems like the gaming company is ready to move forward with the next phase of its plans for the Connecticut online gaming market. Many more live casino games and live game shows from Evolution’s broad repertoire are scheduled to be made accessible to Connecticut-based operators this year, according to Evolution. That includes games like Baccarat and Lightning Roulette, the company’s award-winning offering.

Evolution’s Commercial Director for North America, Jeff Millar, said the company is happy and eager to assist operators to enter new online markets ahead of the competition. Players in Connecticut, as well as those in New Jersey, Pennsylvania, Michigan, and West Virginia, can expect a genuinely top-notch online gaming experience from the company.

A long and fruitful collaboration with operators is something the firm is looking forward to. This is necessary to ensure that they can provide gamers with the most cutting-edge online entertainment options.

The studio has lots of potential to grow to keep up with the dynamic market in the state. There is an opportunity to grow to fulfill the demands of licensees, and there is also room to run specialized, uniquely branded tables and settings, both of which are quite popular with operators.

In addition, the state gains other advantages. For example, the company’s new studio has already employed 140 people and expects to grow its staff to 400. 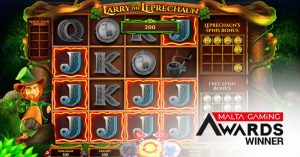 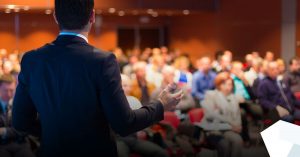 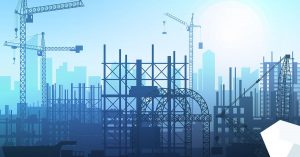 Lawmakers in the Empire State have recently unveiled a budget that gives a clear overview of the state’s long-awaited gambling expansion. According to some clauses of the budget, the state is now fast-tracking the procedure that will see to the launch of up to three Las Vegas-style commercial gaming venues. It will start with a […]