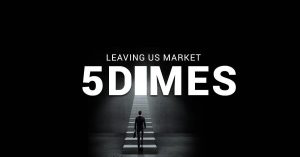 One of the biggest gambling firms operating on the United States from beyond the mainland, 5Dimes, has announced its intention to withdraw from the market while it’s negotiating a re-entry into the regulated markets on a state-by-state basis. While 5Dimes hasn’t confirmed its intentions to apply for licenses in individual states, this is what most […] 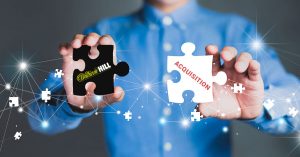 William Hill has received the formal approval of Nevada regulators to acquire CG Technology. The move allows the company to assume control over four additional casinos on the Las Vegas Strip and specifically their sports betting product. The four sportsbooks are available at The Venetian, The Palazzo, The Cosmopolitan and Silverton. William Hill first announced […] 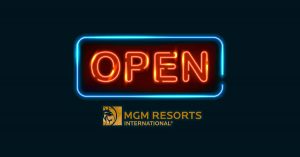 MGM Announces Plans to Reopen The Mirage on August 27

With Las Vegas waking up from its frantic slumber, Governor Steve Sisolak and businesses in the Silver State are trying to keep it together. The latest step towards some form of normalcy comes from The Mirage, the iconic MGM Resorts International property, which is planning to restart operations on August 27. The hotel and casino […] 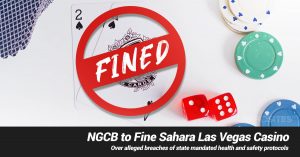 The Nevada Gaming Control Board (NGCB) will seek to impose a fine on the Sahara Las Vegas Casino for four alleged breaches of state-mandated health and safety protocols. According to the NGCB, the Sahara Las Vegas has failed to comply with recommendations about patrons and staff safety allowing non-playing patrons to stay at tables and […]

Eldorado Resorts has completed the acquisition of Caesars Entertainment Corporation, sealing the largest deal in the history of iGaming. The amount total of the deal will cost Eldorado $17.3 billion, $7.2 billion of which will be paid in cash and the rest paid in 77 million Eldorado shares. The mega-merger was subject to multiple approvals […]

In a bid to ensure the safety of Nevada residents, health authorities and the Nevada’s Division of Industrial Relations Occupation Safety and Health Administration conducted field observations on 921 businesses. The Nevada DIR is seeking to establish the level of compliance with Gov. Steve Sisolak order for mandatory wearing of face masks in public and […] 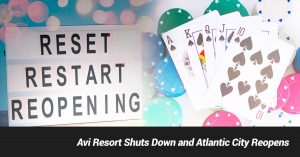 A Laughlin casino had to shut down earlier this week after a number of workers tested positive for the novel coronavirus. The Avi Resort & Casino, operated by Fort Mojave Indian Tribe, suspended all operations on Monday, with celebrations later into the week cancelled while sanitization and quarantine measures now in force. Avi Resort has […] 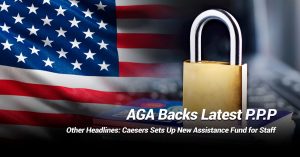 The week from April 27 through May 1 has had seen several important developments in the U.S. casino landscape. AGA approved the newest PPP voted by SBA and Caesars set-up a relief fund. TSG and Flutter Entertainment are finalizing their merger on Tuesday, May 5, and Illinois casinos will have to stay shut until further […] 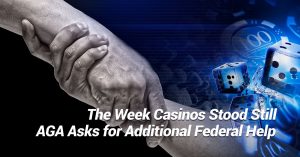 Not much happened this past week in the United States. Casinos are under a complete shut-down occasioned by the coronavirus pandemic and this is unlikely to change any time soon. Governor. Steve Sisolak of Nevada has confirmed that casinos will remain closed until health experts deemed a reversal of the measure permissible. Economic need won’t […] 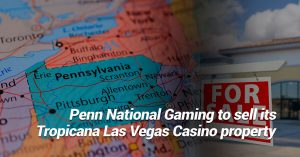 The largest news this week has been the decision by Penn National Gaming (PNG) to sell its Tropicana Las Vegas Casino property, joining a restructuring effort across the gambling industry to reduce the impact from the novel coronavirus (COVID-19). This move is straight out of MGM Resorts’ own playbook, after the company announced previously that […]